Out now go and see it!

It is confirmed  that the jungle sequence and other scenes

of the Humid Tropics Biome. Speaking to a guard from special effects, next to the gear he said it was to

be used to for high speed abseiling  from the top of the roof of the Biome. This might be true however

security guards from film sets have been known to wind people up with or without winch gear!

Having seen a clip, abseiling it is, and it's fast top to bottom in about 3 seconds. 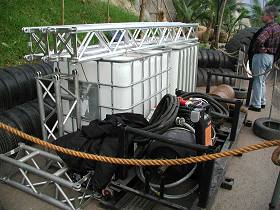 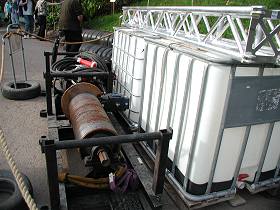 Special effects winch gear waiting for the off, when ever that is. 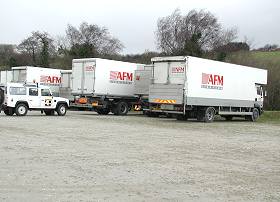 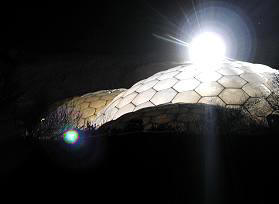 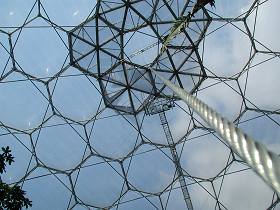 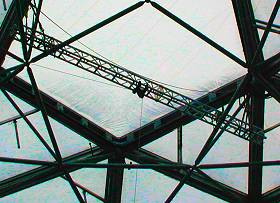 Steel rope reaching to the top of the Biome and terminating at a pulley, from this drop bond? 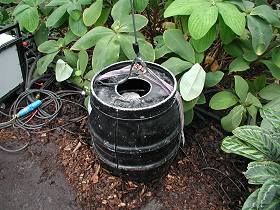 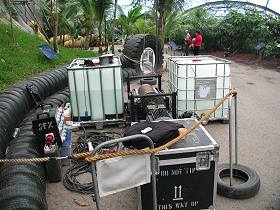 01/03/02 Strange looking barrel at the bottom end of the steel rope?  Tanks used for steam generation I believe. 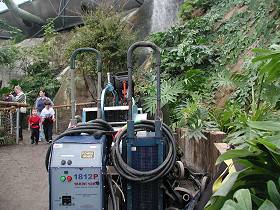 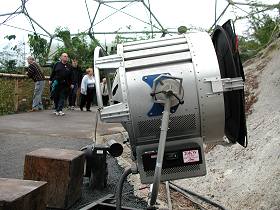 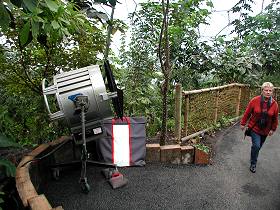 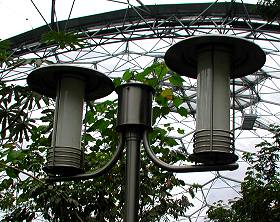 01/03/02 Another flood.   This lamp and others like it are alien to Eden, watch out for it in the finished film. 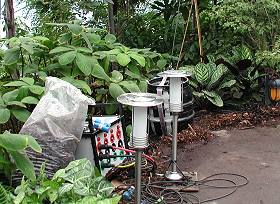 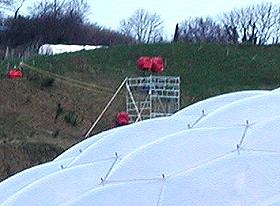 01/03/02 More of those lamps. Massive floods over the top of the Biomes.  Shooting takes place at night,

but are day light scenes I was told that most takes would use doubles when filming at Eden,

and are night shoots so sorry no pics of actors, yet! 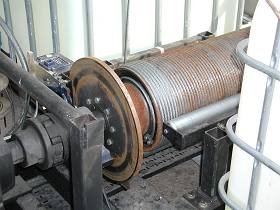 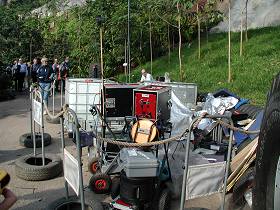 02/03/02 Close up of drum winch.  Even more gear set up and waiting the real shoot coming soon 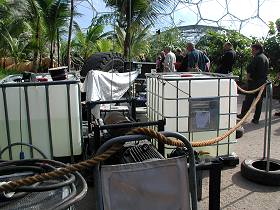 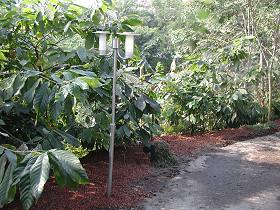 02/03/02 You can see the cable from the winch in the centre.  More of these strange lights in place. 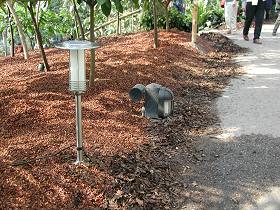 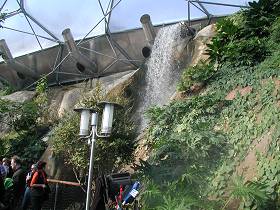 are waiting for the return of 007's return to the set after an injury earlier on whilst filming on water.

Press conference today Saturday at Eden! before the final take, at the Eden Project.

004/03/02 All the gear has gone from Eden, Bond returns today, however his Knee is still weak and he must take it easy. 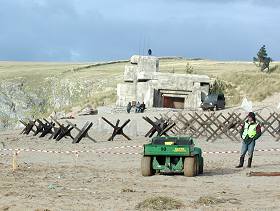 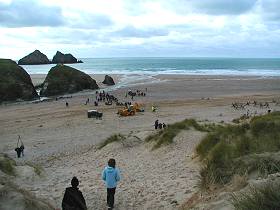 02/03/02 Four shots of the set at Holywell bay - what a setting, many onlookers watched in the cold wind. 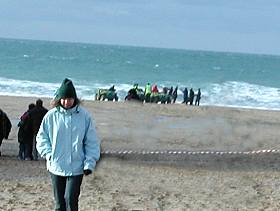 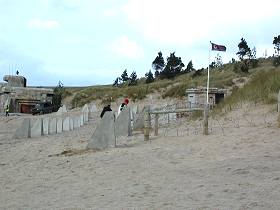